Having worked in politics for years, I am always interested to watch the ways that social media is adopted and utilized for advocacy. The latest effort focusing on Marriage Equality in New Jersey is a great example of using technology to drive a message.  BuzzFeed picks up the efforts:

Democrats across the Garden State put out the call Monday on Facebook and Twitter to "Unfriend Christie," in advance of the Republican governor's political fundraiser this Wednesday — first reported by BuzzFeed last month — at the Palo Alto home of Facebook founder Mark Zuckerberg and his wife Priscilla Chan.

A cadre of the state's progressive organizations — the gay rights advocacy group, Garden State Equality; the popular liberal blog, Blue Jersey; and the New Jersey chapters of Democracy for America and Communications Workers of America — are leading an online campaign to hit Christie and Zuckerberg, specifically on the issue of marriage equality.

In addition to utilizing the hashtag #UnfriendChristie to drive the message on Twitter, they have created an online petition at Change.org and crafted blog posts on BlueJersey.com.

Garden State Equality has created the image in this post for sharing on facebook. As one of the organizers, Rosi Efthim said:

"Facebook even has icons representing same sex marriages," Efthim added. "We think Zuckerberg and Chan can do better, and we're going to use social media, rallying, and whatever it takes to tell him."

Even if they don't change Zuckerberg or Christie's mind, they certainly are getting some attention for the creative ways they have used social media to advance social policy. 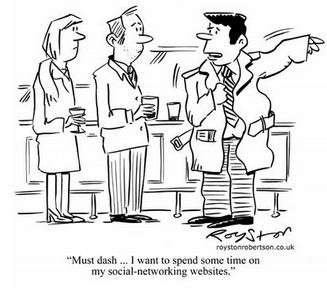